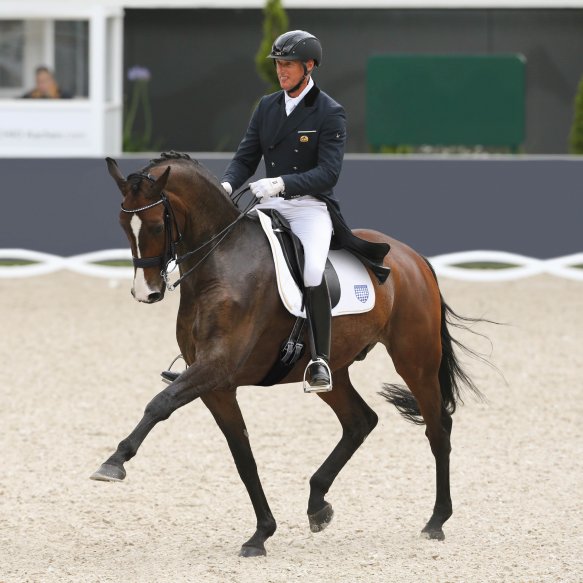 Patrick van der Meer, successful Dutch dressage rider and gold medalist at the 2015 European Championships in Aachen, has now been placing his trust in saddles, bridles and accessories by Passier for a period of more than ten years. In 2006 he won the World Dressage Championship Competition for Young Dressage Horses in Verden and in 2012, with his successful horse Uzzo, he won the bronze medal at the Olympic Games in London.

All these accomplishments have been achieved riding in a GG Extra Dressage Saddle by Passier. Patrick van der Meer also uses the Icarus and Fortuna Double Bridles and, in daily training, the Neptune Snaffle Bridle.