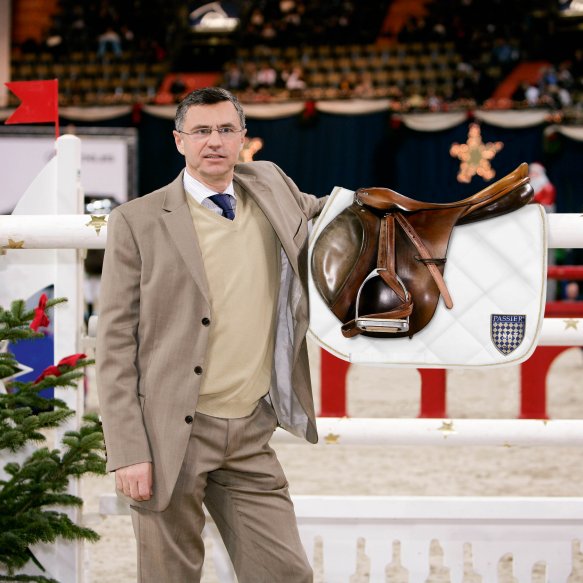 Otto Becker, Team Olympic Gold Medallist, Winner of the Grand Prix of Aachen, Winner of the Show Jumping Riders’ World Cup Final in Leipzig, several times German Champion and current Trainer of the German Show Jumping Cadre, has been placing his confidence in Passier for over 30 years now. Additionally, on the basis of his extensive experience as a top show jumper, he has been actively involved in the further development of Passier saddles for a period of over 20 years.

Prior to becoming German Trainer, Otto Becker bid farewell to active sport after winning the German Classics in Hanover. Shortly afterwards at the Munich Grand Prix, he sold his “Master Saddle” to the highest bidder and donated the takings to charity (see picture). Naturally Otto Becker still rides at his own yard on a non-competitive basis – naturally on Passier saddles. He and his team for example use the new Arktur Jumping Saddle in French design with triangular knee blocks for optimum contact with the horse.